Quick re-cap. About 2 years ago I bought a non running, VW based UVA Fugitive Sand rail - which was kit from the 80's that could be made up as a road going car or off road. http://fugitives.co.uk/
Mine is an off road version. I got it running, then shortly after ripped out the VW gearbox and swing arm suspension and replaced it with a VW Camper/Bus gearbox and an IRS rear end from a Porsche 944. After a week on the road with that I decided I was not too keen on the engine and decided to upgrade the 39hp beetle for a 139hp MX5 1.8 engine that I had. Much fun was had joining the box and engine as well as replacing all of the electrics, hydraulics etc. This was the end result (with my mates version behind!) : 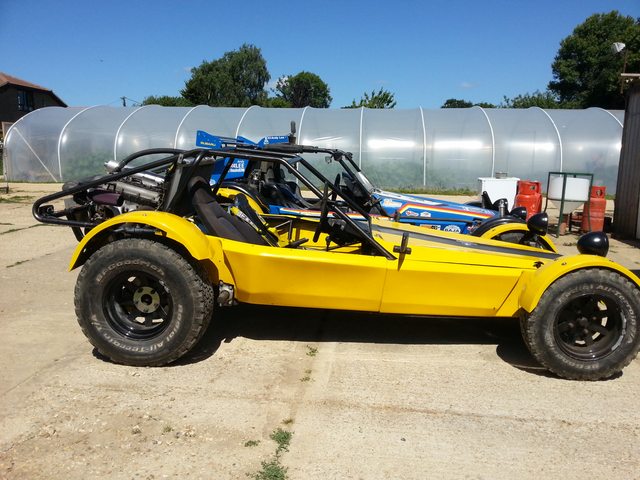 Now about 1000 miles later there are a few winter things to do (clean the mud out for a start!) - driving it is fun, BUT basically I am missing the challenge of the build so I will probably sell it.

So now looking for a new challenge. I want to build a similar style car but with a more modern chassis, probably modifying an existing frame design. I have just been taking a look at the Midlana chassis which I like the look of and rear engine makes sense - obviously the the suspension would need to be re-thought as it's a road car but there are plenty of designs out there - or just rip off a 4x4 set up. It would be a 80/20 Road/off-road - but I like the Sand rail style. I am resigned to having to IVA whatever it is.

Is you mates a Tamiya SuperChamp replica?

Not that I'm ever likely to buy one but they look like so much fun.

Is you mates a Tamiya SuperChamp replica?

If that's an RC car, then yes - he was big into them and designed it to look like one! He runs a Subaru engine and has run it round the Sahara. Sandrail#23 is his FB 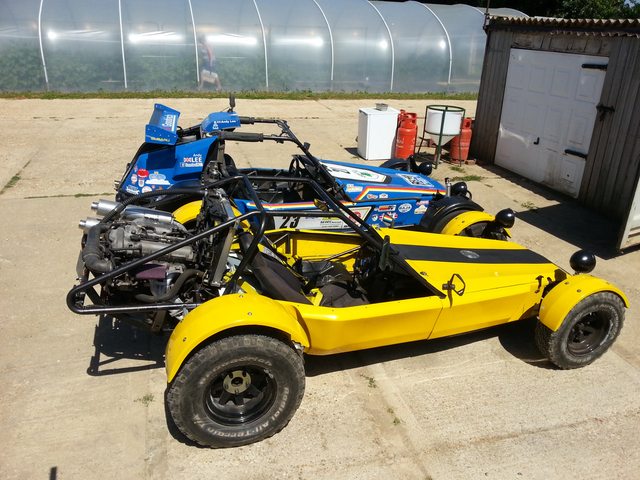