It's nice to be back! I started my Locost at my parents' house in 2002... Since then I've been away for University and work, and they moved so it's been living in a shipping container for about the last 6 years. Anyway, I finally got a house with a garage a few years ago and have now managed to clear out enough other projects to fit it in, so yesterday my car and I were reunited! What a Christmas present!

It's actually in much better shape than I remembered. I got to the stage of taking it for an SVA "to find out what needs doing", but to be honest it was nowhere near, and I was so tired in the test that I fell asleep in the car on top of the ramps!

It was originally a racing project so has a chassis from the original book, Ford running gear and a lightened 1300 Crossflow with Dellortos and original 4 speed box. The mice have had a go at the seats and dashboard but I am still slightly shocked at the half-decent job my younger self seems to have made of it!

Obviously the rules have changed since 2002 so I'm still getting up to speed with the IVA. My reading so far suggests that bolt covers and no sharp edges are still as important as ever, but I'm a bit concerned about the fuel tank safety issue - is there an agreed resolution to this or is it just the case that welded Aluminium tanks in the back aren't the way to go any more? I'm also slightly worried about the 100s of build photos and receipts submitted by builders, I might need to take it apart and take photos as I put it back together...

If anyone has put their photos online I'd love to have a look, particularly if anyone has any test day photos?

Anyway, I just wanted to say hello really, I'm sure I will have hundreds of questions as I get back into the project, but I can't wait!

one of the reasons for photos is to prove its an amateur build, they can also be useful so a tester can see what has been done without having to remove trim, but certainly take many photos now!

Thanks, and thanks for the photo tip. I'll certainly be taking loads now!
I saw that about the brake adjuster, is welding the adjuster up so it can't be adjusted still an acceptable solution?
I also assume by not having a front or rear screen I avoid the demister requirement, and luckily have the original gearbox so reverse no problem. Reversing light added to the list though, thanks

quote:Originally posted by Stuart Walker I also assume by not having a front or rear screen I avoid the demister requirement,

Trying to add a photo...
(wondering if I need headrests with the seats if they are tall ones like these)

PS. My wife used to work for Brake and I remember her saying the the word headrests was a no-no. I think it was supposed to be "restraints", but then again they were all quite mad so not necessarily to be trusted!

quote:Originally posted by Stuart Walker
Trying to add a photo...

another change, is the requirement for a vin, (vehicle identification number) and separate manufacturers plate
so you may need to ask K&R (kits and rebuilds) at dvsa to issue a vin

What's this about no welded aluminium tanks. I have ally tank and was thinking IVA in late spring/summer.
Is there an issue with getting ally tanks approved now that I have not heard about???

quote:Originally posted by harmchar
What's this about no welded aluminium tanks. I have ally tank and was thinking IVA in late spring/summer.
Is there an issue with getting ally tanks approved now that I have not heard about???


most of the difficult bits for fuel tanks are for 'gaseous fuel' - ie lpg. there are some also for hydrogen.
but for petrol/ diesel I believe ali and steel tanks are fine (but have to be earthed!) and plastic are permitted so long as it comes from a road car, or else certified.
don't forget the hoses all have to be suitable for modern fuels. Stuart Walker - 31/12/18 at 01:23 PM

I was referring to the location rather than the tank, sorry for the confusion! I read somewhere that there is an IVA requirement for the tank to be located in a safe area where a rear impact would not damage it, so perhaps the fibreglass rear panel would not be enough to protect it. Anyway, I will need to look at this for my project but I'm sure you're sorted harmchar! 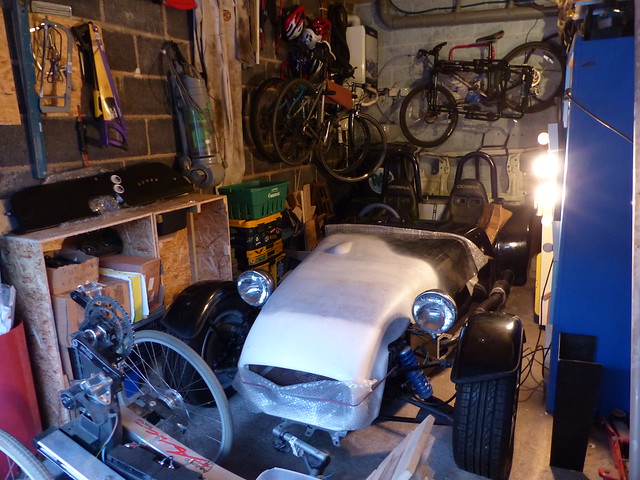 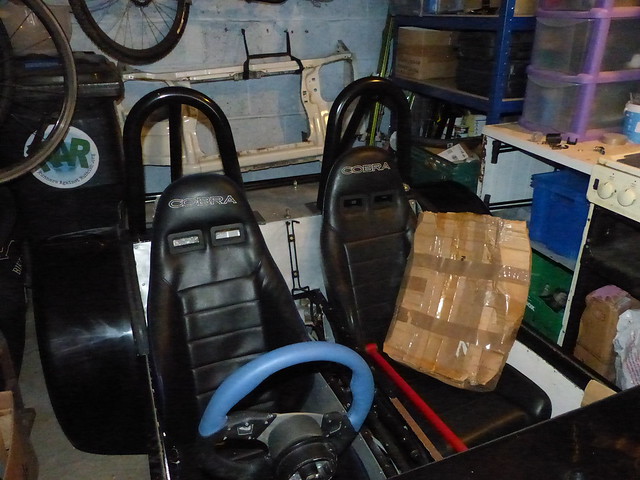 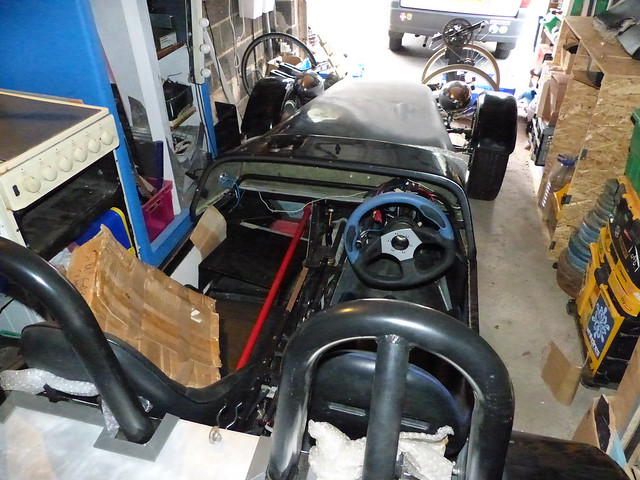 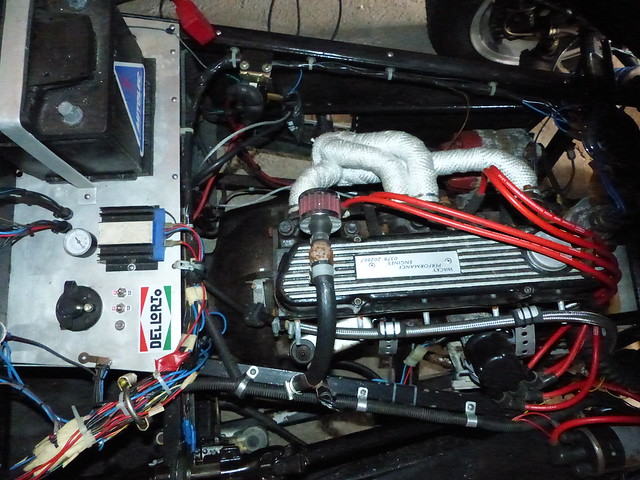 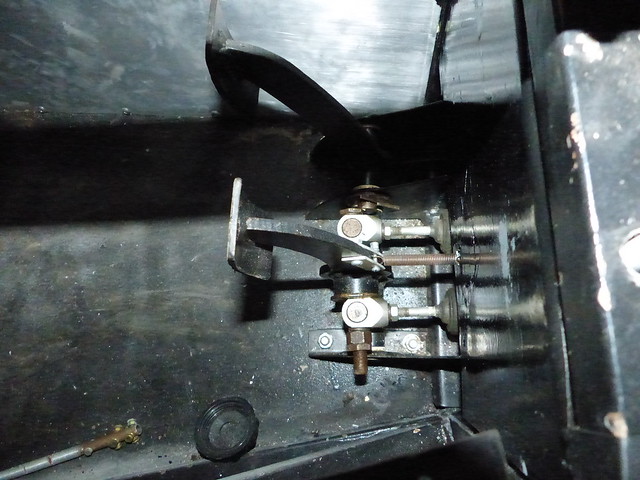 quote:Originally posted by Stuart Walker
I was referring to the location rather than the tank, sorry for the confusion! I read somewhere that there is an IVA requirement for the tank to be located in a safe area where a rear impact would not damage it, so perhaps the fibreglass rear panel would not be enough to protect it. Anyway, I will need to look at this for my project but I'm sure you're sorted harmchar!

what happens when you put the fuel tank behind the rear axle...

Thanks, I've always wondered what a Pinto actually looks like!

Well I've dismantled most of it, and bought four steering wheels.

It hasn't moved, but I've made some progress during this lockdown business! Back end is a lot tidier, except today I realised I've not left a big enough gap between the fog and rev for the plate to meet the IVA requirement, so that'll be moving upwards.

Next jobs are to resolve the above number plate embarrassment, refit wiring through the arches, then lights, then refit the whole lot. Then rear bulkhead, seats, and I might get on to the front end by June!

Tell me if you spot anything glaring, it's better I know now

While I remember, a couple of non-urgent questions...
1. How do I get a reverse light to work?! Tell me the Type 9 box has a friendly little switch already? If not a microswitch on the lever similar to the handbrake switch?
2. IVA requires a permanent fixing of the number plate ("A plate hanging from the vehicle with no structure or support brackets behind it would be considered unacceptable"

- presumably I can just put some nice bolts through the panel to some big wide spreader washers? 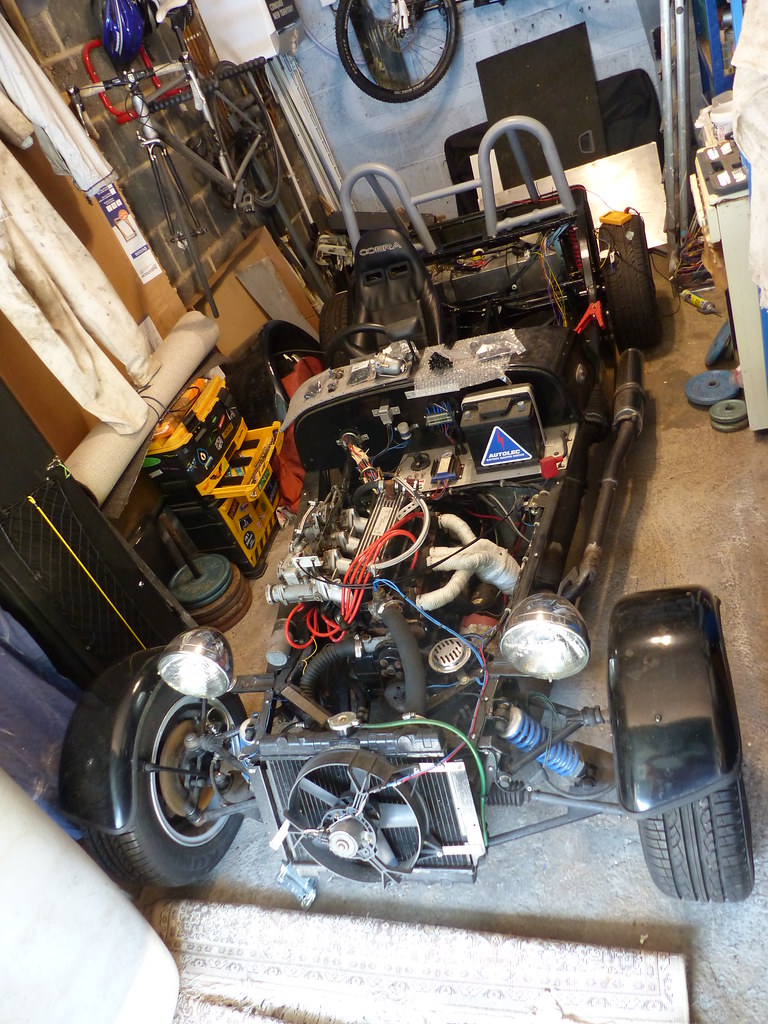 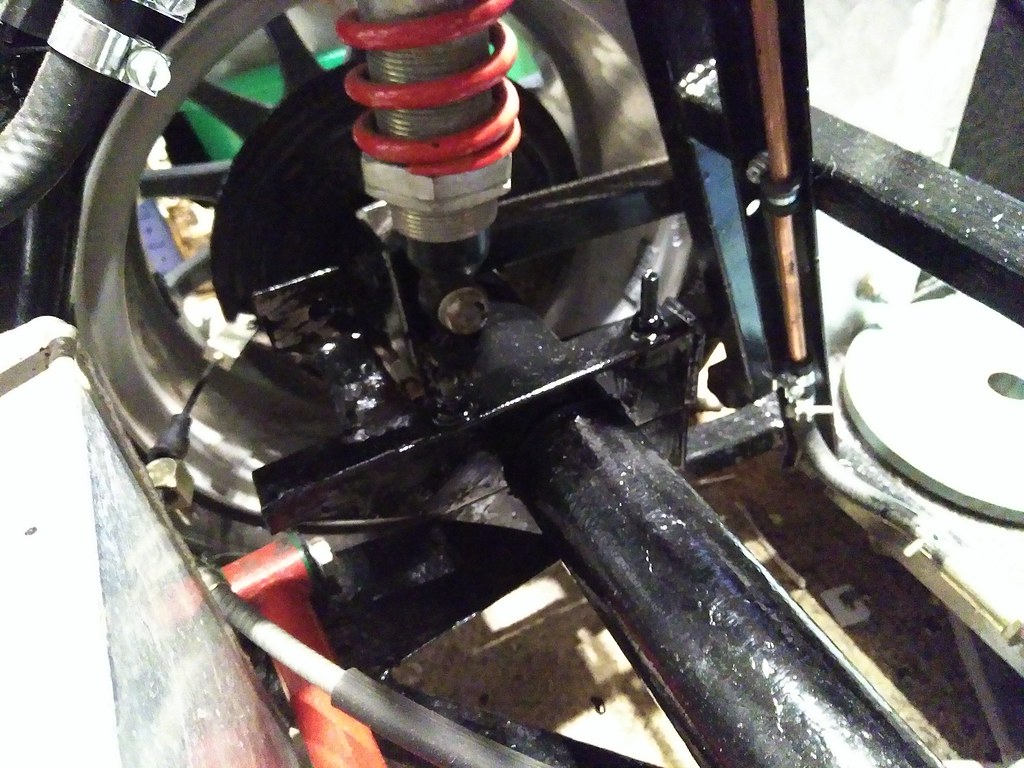 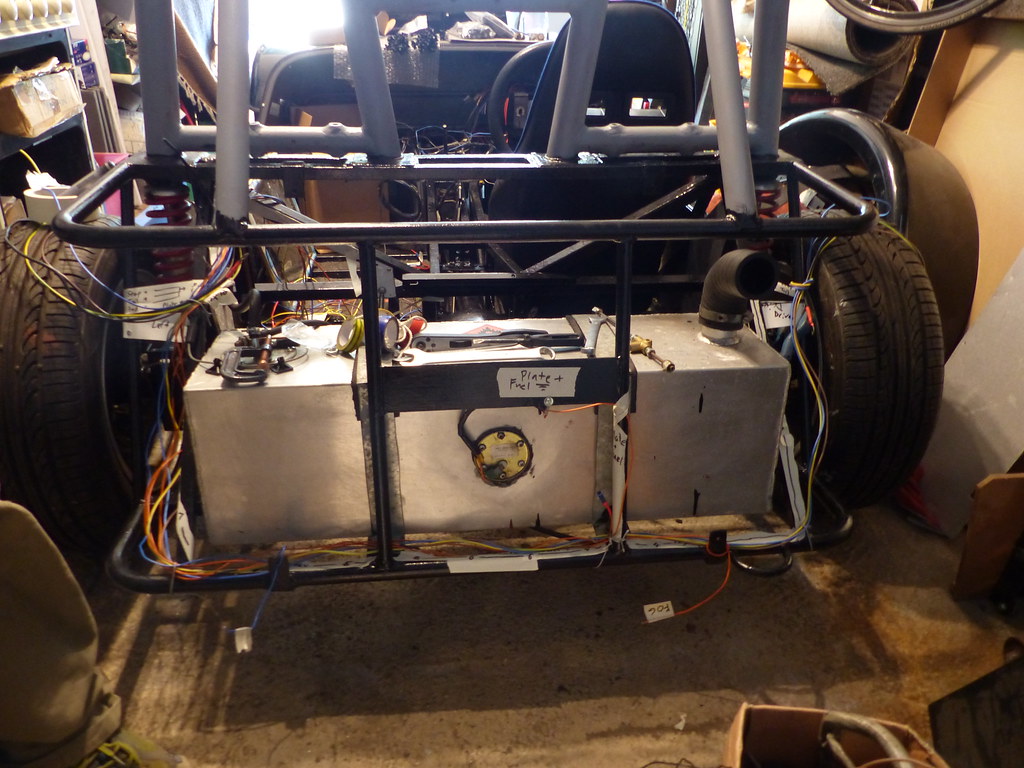 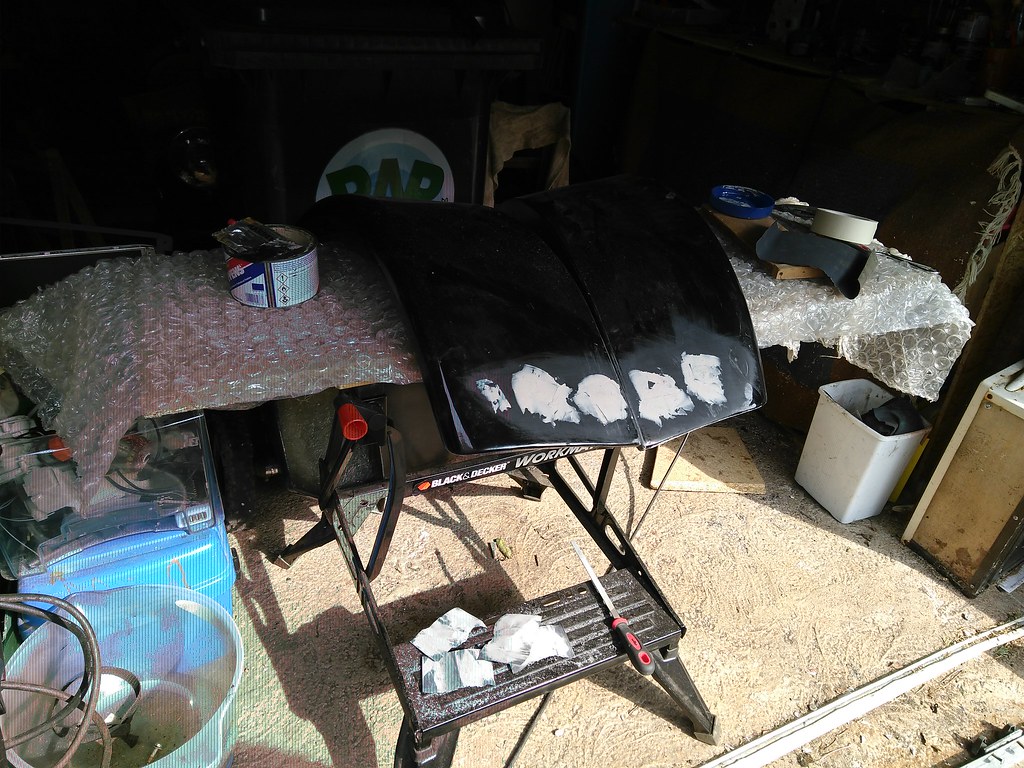 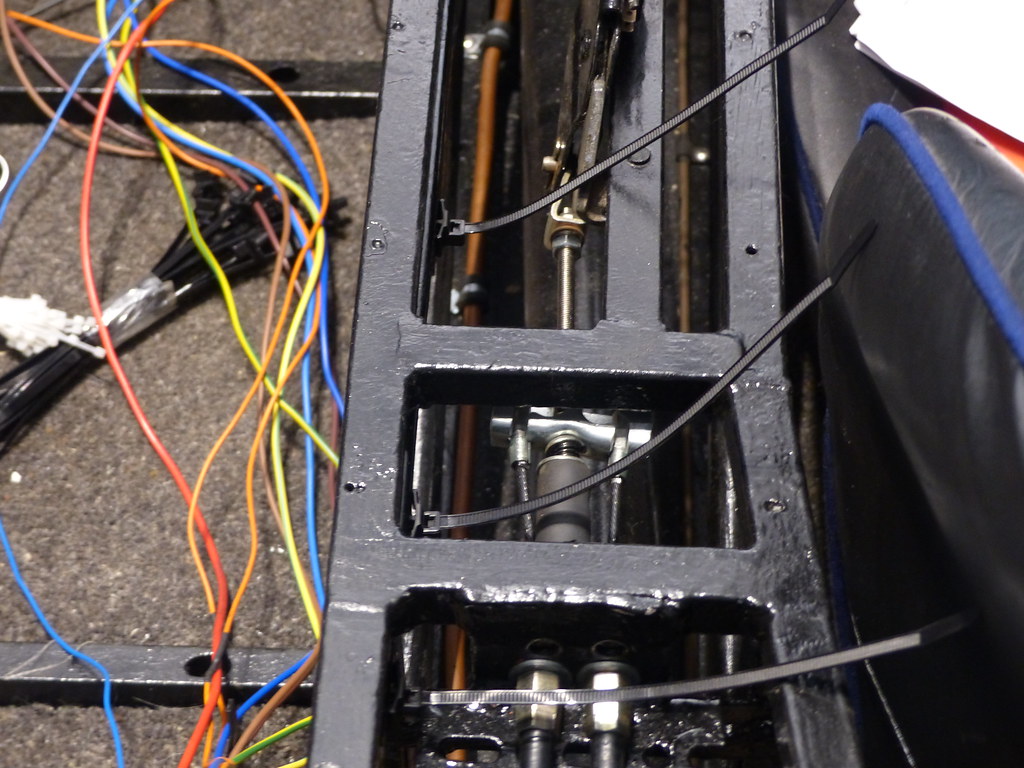 Side repeaters on the scuttle panel won't pass IVA,due to stupid visibility angles to the rear the arch blocks them.

welcome back,
for the number plate I think they only check that there is a space big enough, and fixing with double sided 'tape' would be ok.
looking at the brake pedal from 31-12-18 photos the bias bar is completely wrong,

Thanks guys. I've allowed wiring for the little repeaters on the front of the rear arches so I'll get some of those. Yep, the bias bar will be totally wrong, I've not ventured to that end of the car at all yet. I'll be back for advice on that one when I get there!
Thanks

In Cornwall, finally got everything unpacked and restarted (the project that is, not the engine!).
Last weekend saw a new throttle linkage and tidying up the bulkhead / battery shelf ready to fit the scuttle. New battery arrived yesterday, breather plumbing and oil catch tank next... then probably time to flush the cooling system and start thinking about restarting the engine

Hoping I might get it running before we move again in October... 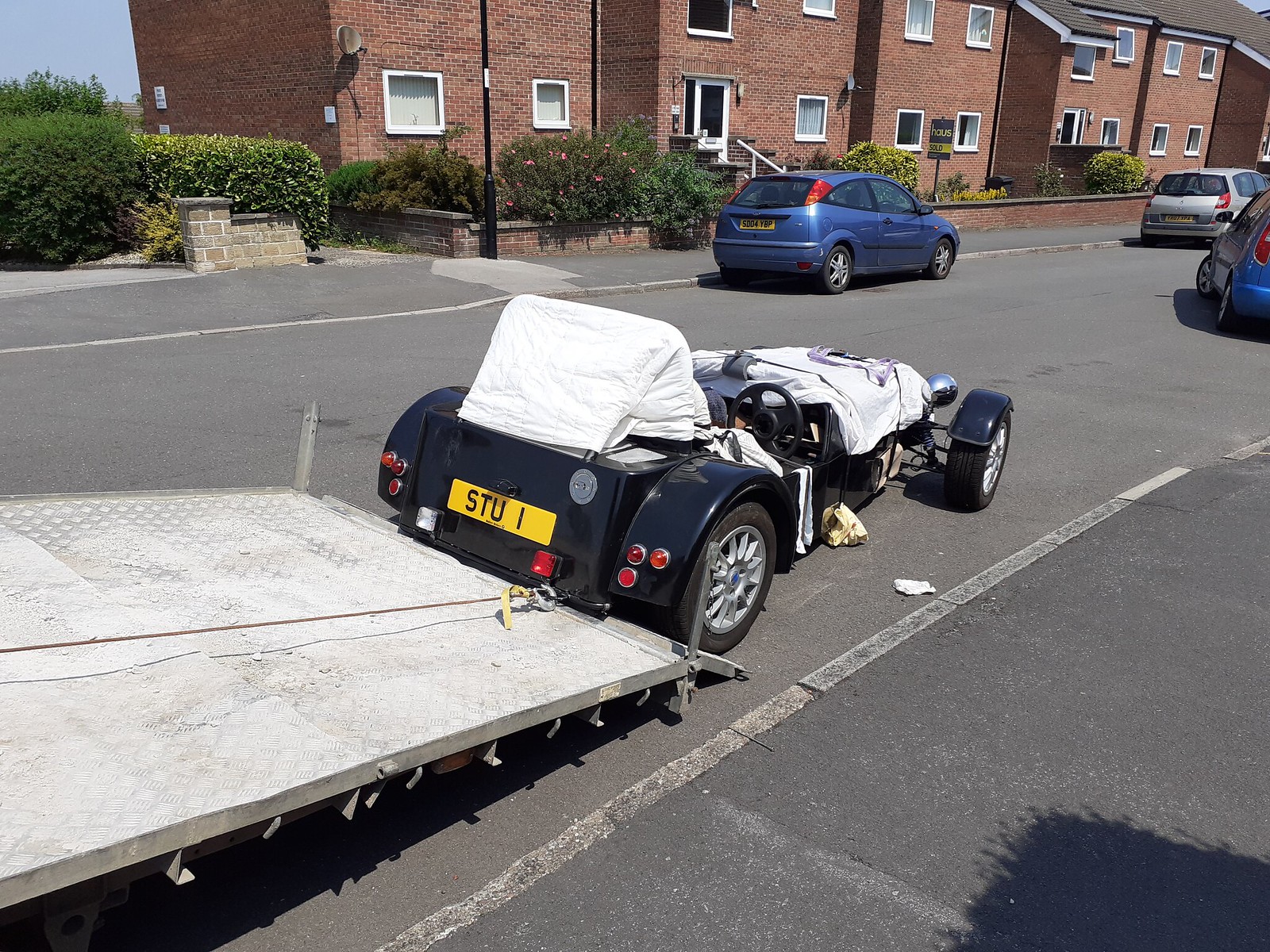 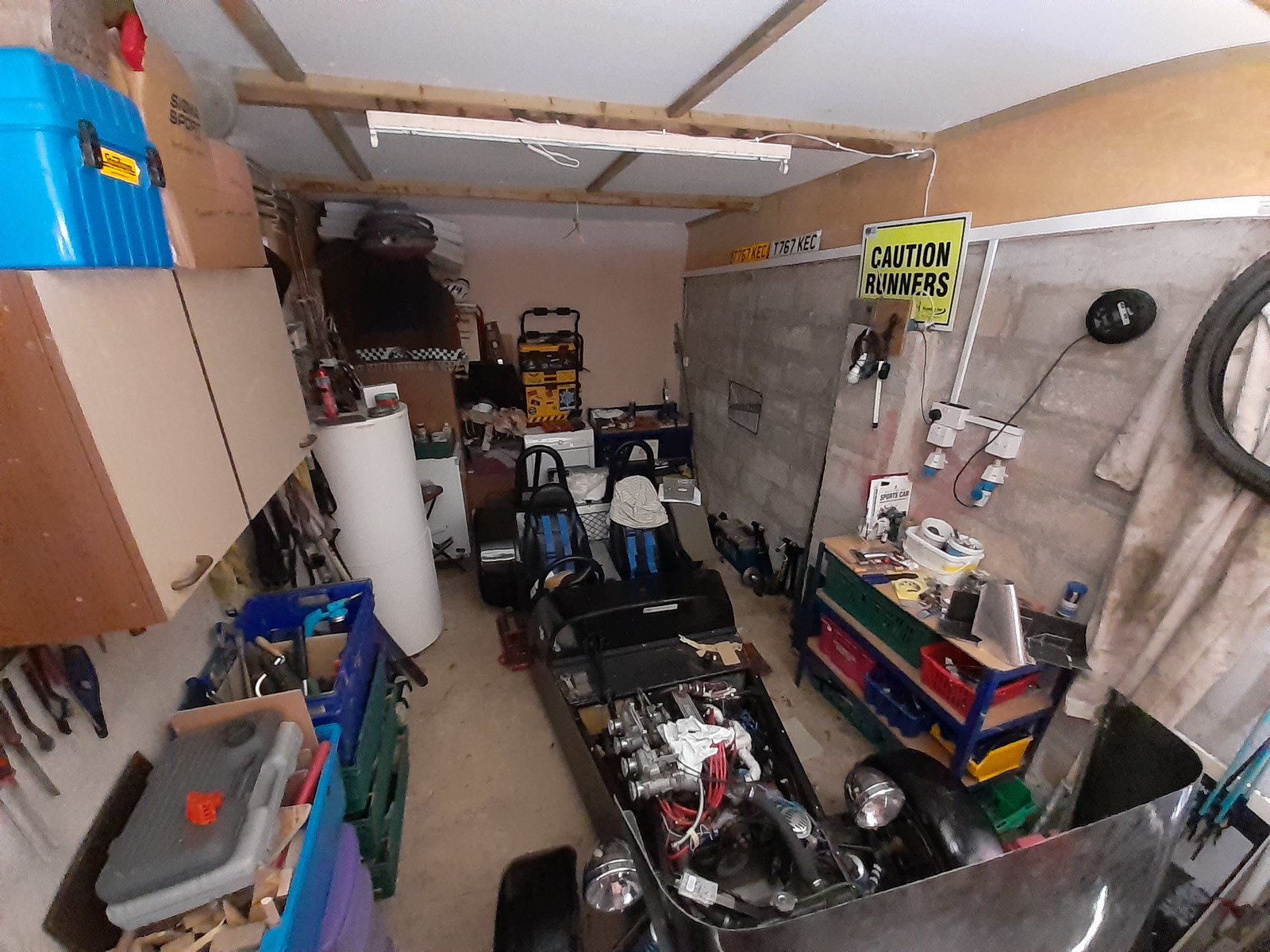 Good luck with the build.